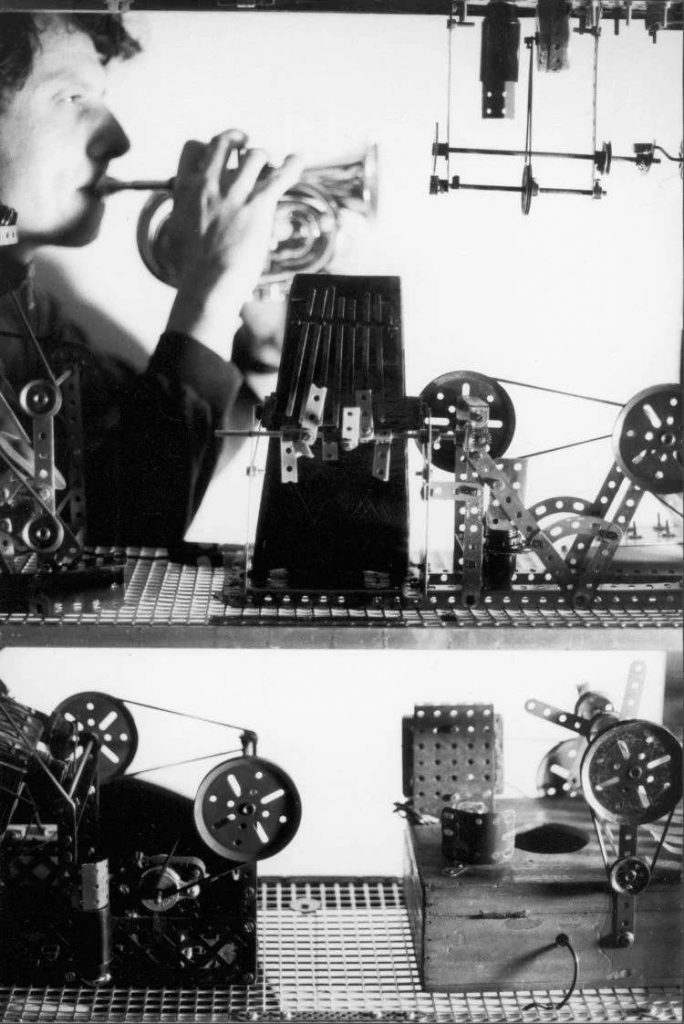 French composer and musician Pierre Bastien played first in some collective bands, and with the Dominique Bagouet Dance Company.
In 1976 he built a sound sculpture that was going to be the first element of a large orchestra called Mecanium : an ensemble of musical automatons made of meccano parts and electro-motors,
playing on acoustic instruments from all over the world.
In the recent years, Pierre Bastien and his machines collaborated with video artist Pierrick Sorin, fashion designer Issey Miyake, British singer and composer Robert Wyatt, Trottola circus company,
musicians Alexei Aigi, Pascal Comelade and Jaki Liebezeit, Steve Arguelles, Phonophani. His music is released on Western Vinyl, Signature, Rephlex, Morphine, Discrepant and Marionette Records.

Ben Bertrand is a Belgian bass clarinet player and composer who hijacks his instrument by using loops and effects pedals. The artist thus transforms the sounds of the clarinet into electronic sounds, and creates a hypnotic musical journey. A synthesis of very diverse influences, Ben Bertrand’s universe is based on traditional and ancestral music, American minimalists such as Steve Reich and Terry Riley, and current electronic music. The composer skillfully manages to bridge the gap between extreme modernity and references to the past.

DJ Rengo Estar and his electrifying beats! going from cumbia to unkown worlds, going to move your soul…

BEN BERTRAND, Disc Jockey Rengo Estar, OWLMAN, PIERRE BASTIEN
Bookings are closed for this event. 100 tickets will be sold at the door
Posted in Electronic, Jazz