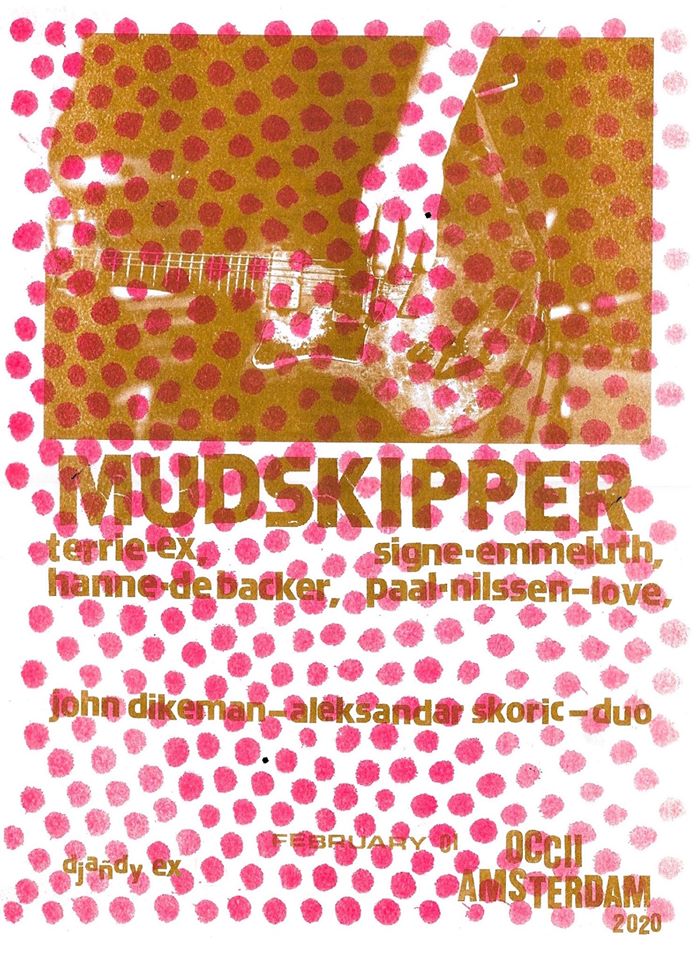 “the four will meet in a clash of sound and energy which will be wild and wilder of almost four different generations. The bass-less line up will open up many terrorises and all four will be forced to make the music move forward, which it will, in many directions.”

Terrie Ex is a self-taught musician, founding member of the group The Ex, the head of Terp Records, which present new and vintage Ethiopian music as well as his improvised music. Next to all The Ex releases, he started free-improvising from the very start. From a little guitarsolo on the Awara/Ex 7” in 1981, till recent tours with Han Bennink or impro-groups Offonoff or LeanLeft.

“Nilssen-Love is one of the most innovative drummers to come out of Europe in the last forty years. Nilssen-Love is more than a musician; he’s a creative tornado.” Paul Nilssen-Love grew up more or less on his parents jazz club in Stavanger, and he learned to play drums on the kit owned by his father. Known from his own Large Unit, the Thing and latest David Murray/Ingebrigt Håker Flaten/Paal Nilssen-Love trio, and he has been collaborating with approx. everybody.

Signe Emmeluth is a Danish saxophone player, composer and improviser currently based in Oslo. During the last years she has marked herself as a growing voice on the scene for improvised music and she has become an important part of the music environment in Scandinavia through her playing and composing for her own bands Emmeluth’s Amoeba and Spacemusic Ensemble. She’s been collaborating with Mats Gustafsson, Kresten Osgood and Paal Nilssen-Love among others.
“Emmeluth herself sound as a strong, opinionated improviser and bandleader who is well-versed in the legacy of Peter Brötzmann and Gustafsson.”

Belgian baritone saxophonist Hanne De Backer has been active in various musical groups and projects as well in theater with the anarchistic kamikaze-collective Bookers & Hookers. In September 2019 she released the second LP ‘GRANULAR’ with her project g a b b r o on the Antwerp-based label Dropa Disc. She has been playing in duo with Giovanni Barcella, Karen Willems and Raphael Malfliet and in larger line-ups including Ken Vandermark.