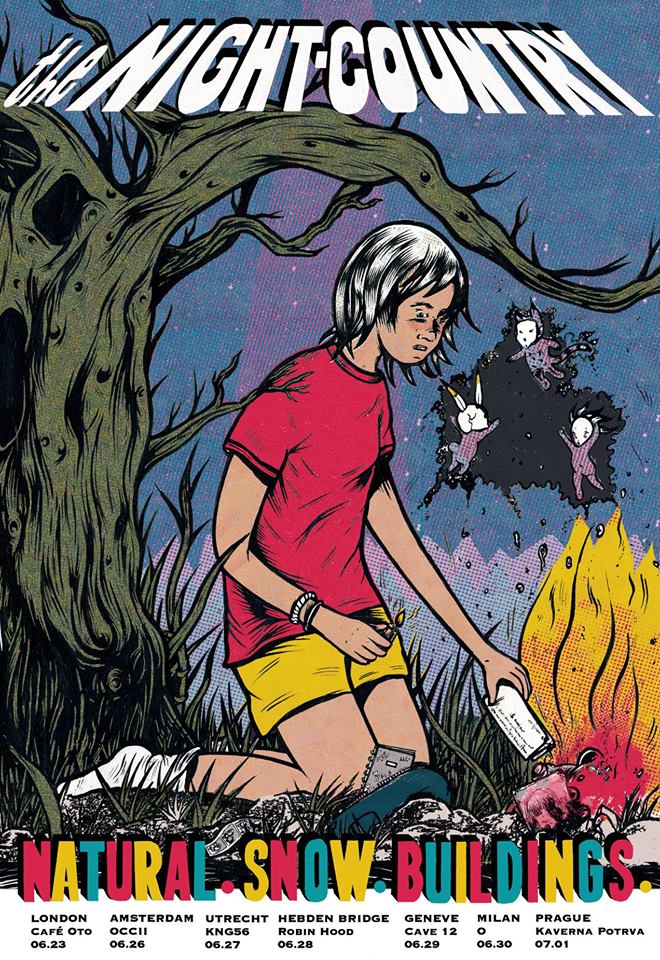 NATURAL SNOW BUILDINGS’ live appearances are an even rarer jewel than their records, which appear in limited runs on labels such as Digitalis, Blackest Rainbow and Ba Da Bing! only to be instantly devoured by their fervent audience. The Vitre, France-based duo of Solange Gularte and Mehdi Ameziane began producing tapes together after meeting at university in the late 90s, a trans-Atlantic cult of adoration growing through whispers from such advocates as Time Lag.

2006’s multiple package The Dance Of The Moon And The Sun was perhaps a watershed, being described variously online as a “monumental masterpiece”, “the history of all things” and “perfection defined”. Calling at similar stations to Popol Vuh, Flying Saucer Attack and Islaja, its out-of-print collection of tracks that veer from intimate Franco-Pop to vast dronescapes now sells for in excess of £100 and will this year be re-issued by Ba Da Bing! and Students Of Decay. A new releases is also scheduled via Southern Records’ Latitudes series.

There was an admiring review of their Daughters Of Darkness package in The Wire recently too – all 6 CDs/8 LPs of it!

Following a brief dalliance with live performance (including at our first TUSK Festival in 2011) and their first and only tour in 2012, 2013 was spent reflecting and recording but now Natural Snow Buildings are ready to take the stage again.

Natural Snow Buildings (FR)
The duo of Mehdi Ameziane and Solange Gularte, hailing from Vitre, France, create mesmerizing and hypnotic dronescapes with a psychedelic twist. They rarely perform live, but when they do it is something to remember.
http://www.badabingrecords.com/current/natural-snow-buildings/

Microwolf (NL)
Microwolf is Dutch folk singer Benjamin van Vliet who with his debut EP “You are the everything” presented a unique sounding piece of art with tunes recorded in abandoned buildings and in the open field in France and Belgium. What he will do live is still a mystery but expect to be surprised.
http://microwolf.tumblr.com/
http://microwolf.bandcamp.com/