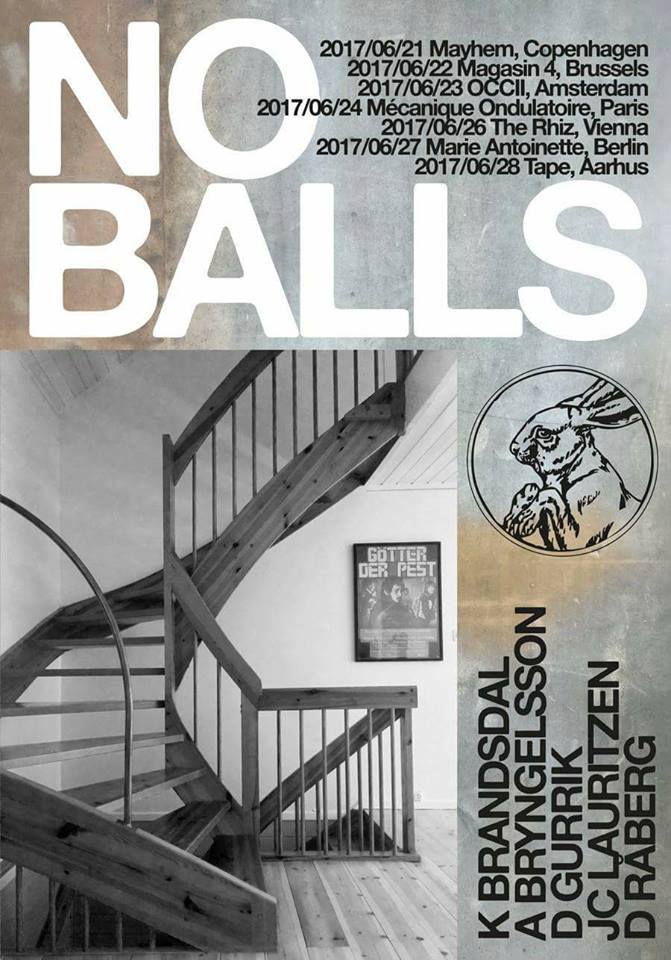 No Balls is Drajan Bryngelsson and Dan Råberg from Brainbombs.
Filthy and monotonous Protopunk/Noise-Rock.
Drums and guitars, with some vocals and trumpets thrown in occasionally. Raw and intense.
FFO: Stooges, Brainbombs, DNA

…Furious despondency seems like a contradiction but that’s the feeling we get from listening to No Balls, the musical equivalent of repeatedly whacking your head into a stud wall and deriving some kind of pig-headed pleasure from it. Its music that could be described as “dumb” or “brainless” and the same has been said of The Stooges, but like the Ann Arbor deities, No Balls navigate a route-one course direct to the very essence of what it is about raucous guitars and drums that can (in the right hands) make you feel you should throw yourself around a room. Simple, direct, unrefined and with absolutely maximal raw power… 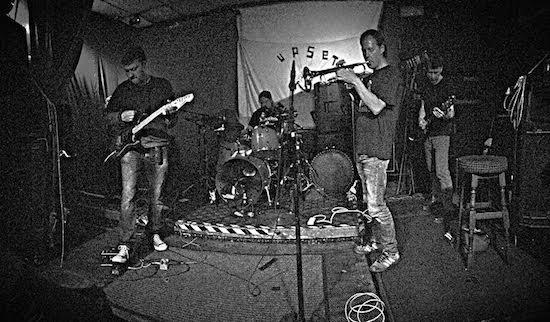 Norman Records described No Balls pretty perfectly: “Dirgey repeato riff rock with a loose punky edge is always gonna make this office swing. No Balls have a similar nihilistic outlook to Shit & Shine, their new album is a bit slacker & rawer than the ‘Come Clean’ record but by side two you’re truly sucked into that wonderful vortex of cyclic scuzz rifferama, flailing drums & general ecstatic dirge. I was thinking I could hear a sort of new wave garage essence in there – like I say, the last one was a bit more relentless & derangedly repetitive, this one has a more feral & loose attitude with feedbacking shards splintering your ears & slurred, garbled lyrics buried underneath the psychotic punk melee. This band are hot shit & contrary to their name, they have HUGE balls. Ironic eh?….”

“…check out No Balls and you’ll see that there’s no progression; failure and success are one and the same.” – http://thequietus.com/articles/15847-live-report-no-balls

Total primitive mongoloid stomp by a bunch of degenerates.