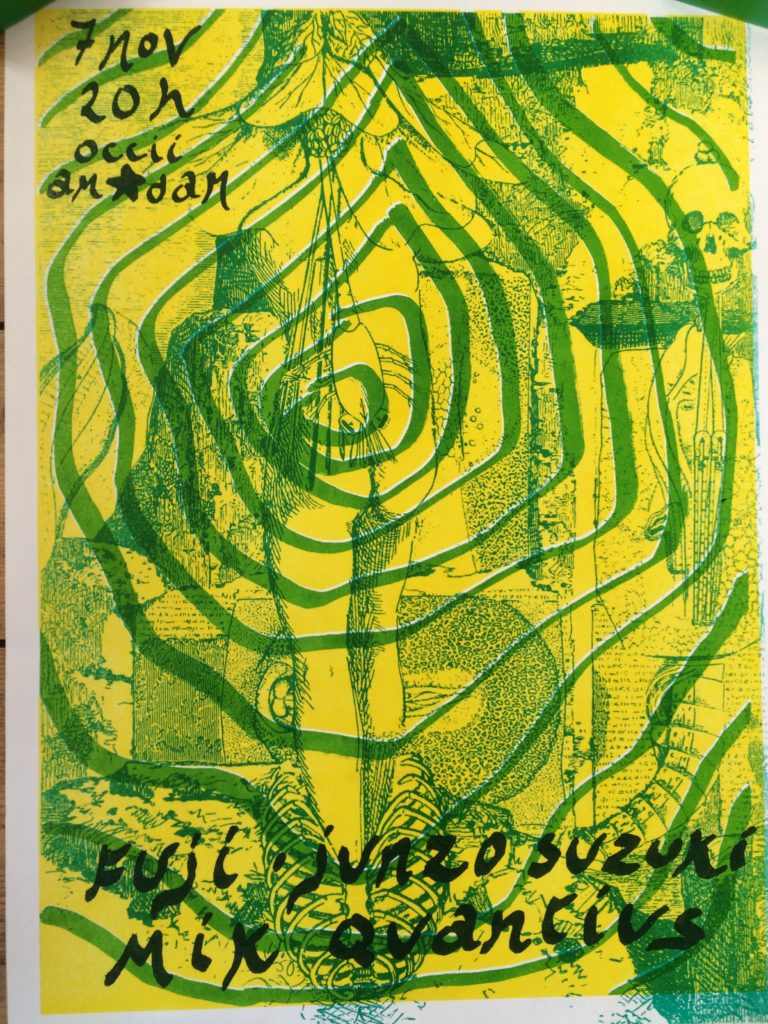 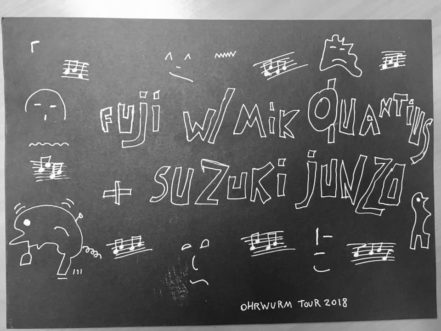 Junzo Suzuki is a Japanese guitarist/vocalist perhaps best known for his involvement in the underground psych bands Overhang Party and Miminokoto. His solo music is stripped down form of ‘ghost’ blues and improvisation that recalls Loren Connors and his fellow countryman Hisato Higuchi.

The German vocal artist Mik Quantius can, after being continuously abducted by aliens, only produce sounds from outer space. Originally Mik Quantius was involved in the metal scene of Koln, but in recent years he joined several avant-garde projects. For instance: he is a member of the legendary German Krautrockband EMBRYO and he took part in ‘Way of the Cross’, an improvisational project of Dave Nuss of the NO NECK BLUES BAND, with musicians like Kuupuu, The Skaters, Stellar Om Source and Kemialliset Yvsatat. Mik Quantius has an enormous vocal range and his diction is occasionally comparable to CAPTAIN BEEFHEART, but a little weirder. Reoccuring are the absurd sounds that fly out of his throat, often touching the treshold of pain. He is a scat maestro, who rather uses his body as an instrument than to sing. The thrilling sounds you will hear during performances of Mik Quantius will remain in your memory for a long time.