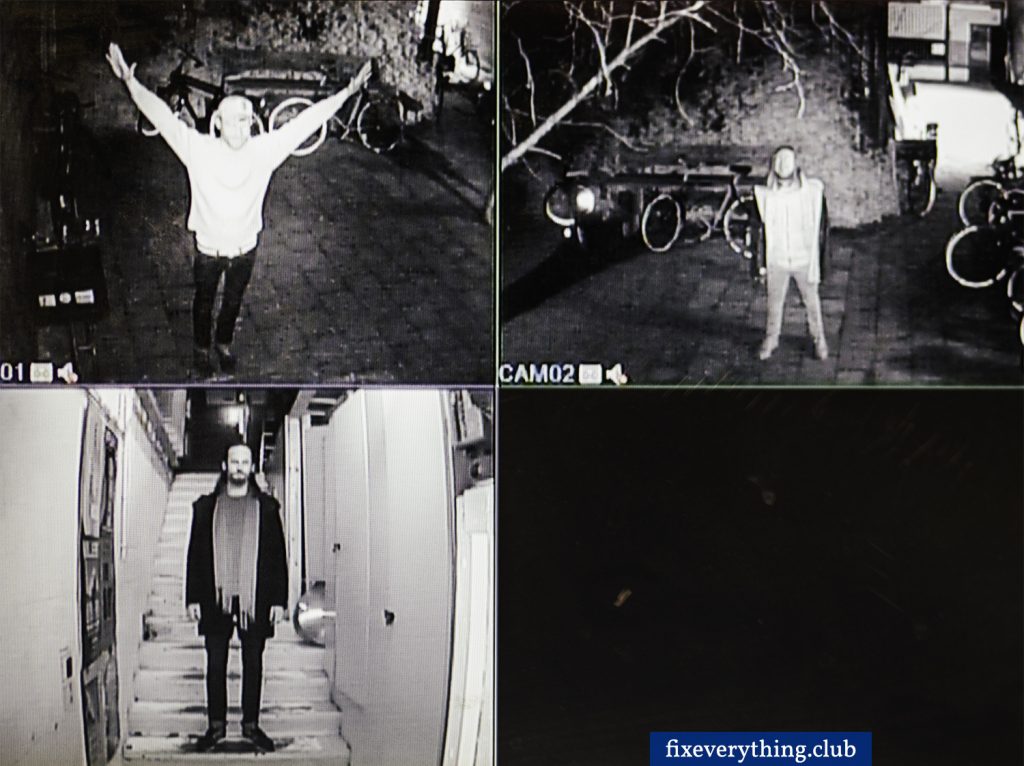 Fix Everything is a duality: happy to be here & dreading what’s to come, looking back from a failed future & hoping it won’t come to pass. Facing the forlorn feeling of imminent collapse and disaster & optimistic in the face of overwhelming odds. Do nothing? Fix Everything.

On ‘HELLEND VLAK’, their upcoming debut album (which features no other Dutch words), the Amsterdam-based trio hurtle through transitions and themes, shuffling optimism and despair along with musical genres in their deck of tracks. Music for dreamers who need a break, tracks to escape Earth to (or die trying), background noise for afterparties at the end of the world.

The band’s three members have their roots in other Dutch underground acts such as Those Foreign Kids, Tijger Salto and Stairs to Nowhere. The album was recorded at Erik’s House by producer/engineer Casper van der Lans and mastered by Mikey Young. All tipping points are turning points, but maybe Earth just wants to be alone.

Fix Everything is Marijn Westerlaken, Tim Mooij-Knip and Benjamin van Gaalen. Live shows in the future could include support slots for the likes of Pile, Cloud Nothings, Girl Band, DIIV, Chat Pile, and Protomartyr, amongst others.

‘HELLEND VLAK’ will be released on Geertruida Records.`

FIX EVERYTHING
Posted in Offstage & Screen