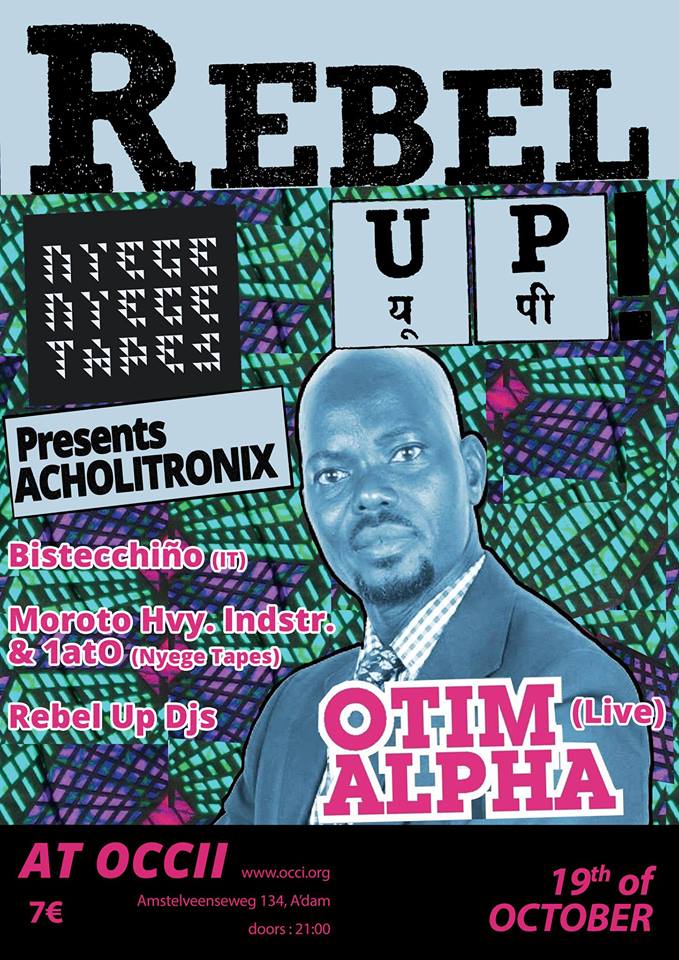 Due to the influence of missionaries who thought of them as non-Christian, Acholi traditions were for many years pushed to the periphery, and only preserved and passed down thanks to traditional musicians like Alpha. “When I recorded his traditional folk songs and added my electronic elements, local people loved the sound and it spread like wildfire,” says Palayeng. In his studio, the producer combined the adungu, nanga (both harps), fiddle and flute with synths and electronic drum-kit beats to create sounds that are equally nostalgic and forward-looking. The results are a fast paced poly-rhythmic Acholitronix ready for dance floor madness.

Most of the songs on the Gulu City Anthems are electronic re-interpretations of Larakaraka folk songs that are traditionally performed at weddings. The lyrics were different for each occasion, and would weave the long histories of the clans being united in marriage. “But people were not always able to afford the whole troop of musicians and dancers, so we started recreating the sounds with computers and singing the lyrics over the top—like karaoke,” Palayeng explains.

Released on the Nyege Tapes label, a Kampala based label exploring, producing and releasing outsider music from around the region and beyond.

warm up live set by Bistecchiño (IT/NL)
the brainchild of Stefano Sgarbi, Bistecchiño wears a hat and loves rock ‘n’ roll, punk, disco and transmystical lyrics. A fallen wonder from the sky.