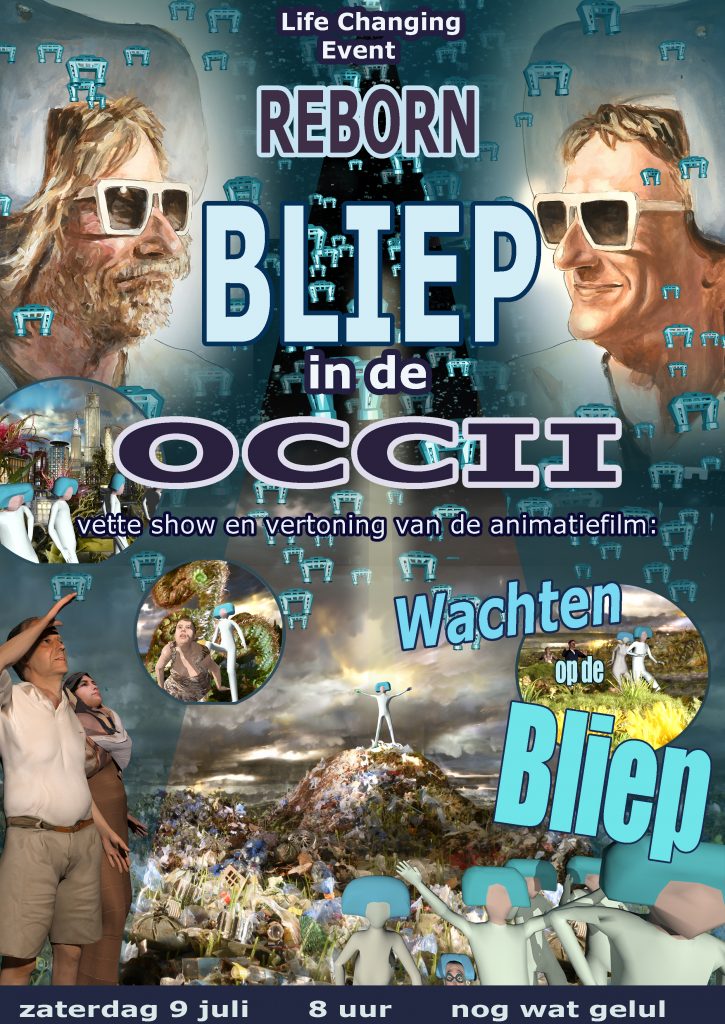 View the trailer of our new animation film that will be released coming spring.

A beautiful flower patch turns into a garbage dump. Ice caps are melting and the smog is suffocating. Unknown to science is that Earth has a clone. Both planets are undergoing the same downfall and are destined to an inevitable self destruction.

In the search for a solution to this forecast help is called on the Bliep.These extraterrestrial beings stop the time synchronization between the two planets and start an invasion of the clone planet earth.

Earth, do we want to keep waiting for the Bliep?

‘Waiting for the Bliep’ Trailer.mp4 from Bethany de Forest on Vimeo.

‘Waiting for the Bliep’ is an animation film that combines several techniques within the genre. The backgrounds are dioramas, scale models. The use of mirrors around the sets create a very wide view. Everything is built, nothing computer generated. Even the skies, seemingly realistic, consist of cotton wool and blue garbage bags.

Time Lapse and stop-motion techniques are used for capturing the background footage. Harsh realities such as melting ice-caps and plastic soup are reconstructed as miniature worlds. Characters in the film are created with 3D computer animation. They tell the story of a possible future.

It’s an unconventional mix that, even though totally different in style, seemingly blend together in this absurdistic electro musical fantasy.