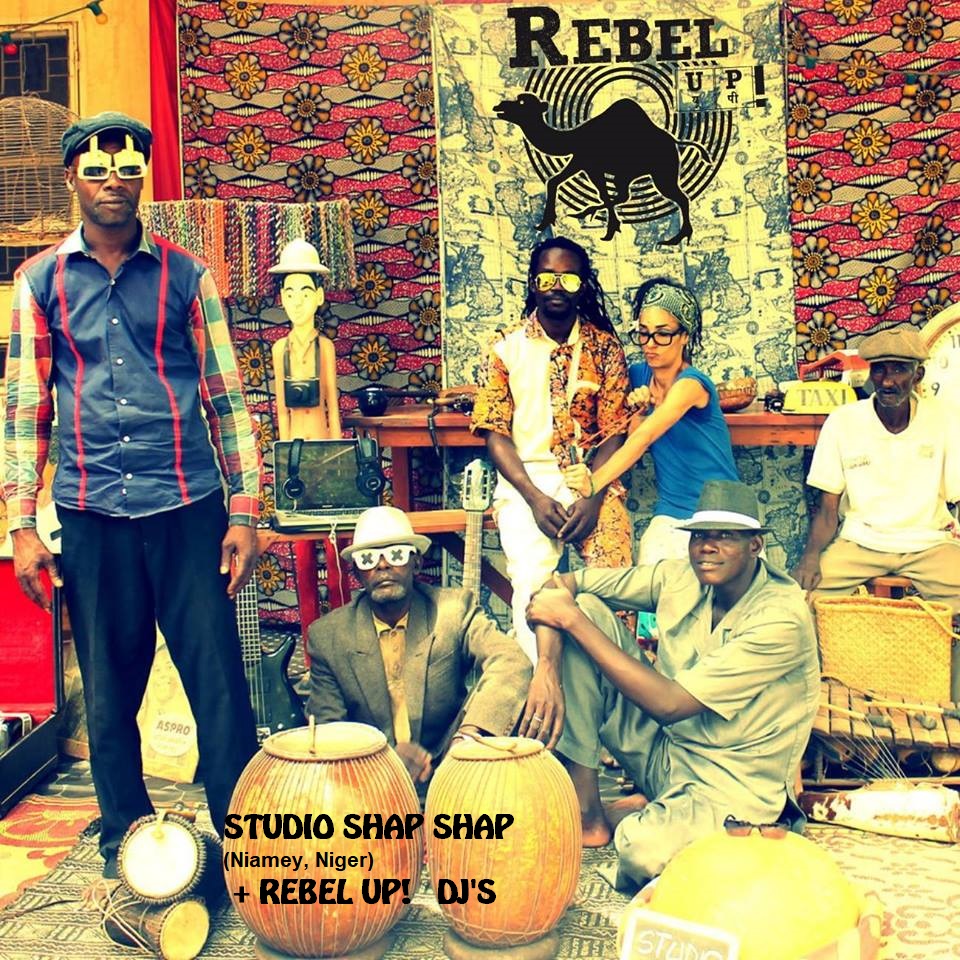 STUDIO SHAP SHAP (Niamey, Niger) LIVE
the band started off in 2015 as a project that was inspired by a new radio station in Niamey, which was searching for local musicians who could create 27 songs in three days for its broadcast programme. Studio Shap Shap are Oumarou Adamou (Niger), Boubacar Siddo Diallo (Niger), Seyni Halidou (Niger), Haruna Abdou (Niger), Christian Koulnodji (Chad) and Laetitia Cecile (Reunion Island). The six-piece ensemble is known for fusing traditional and contemporary beats, inspired by nature, the communities they live in and the band members’ historical backgrounds. Mixing nature and city, traditional and electro, speech and singing magnify the traditional instruments. Ancient knowledge to rely on and go beyond modernity for a true contemporary African sound. Despite the challenges, the group managed to independently release their debut album ‘Chateau I’, which was recorded outside under a hut. They have grown a lot since their first album and have been busy recording their 2nd album which soon will be released. This will be their 4th tour in Europe and their only show in Netherlands. Travel with them into the modern sound of the Sahel!