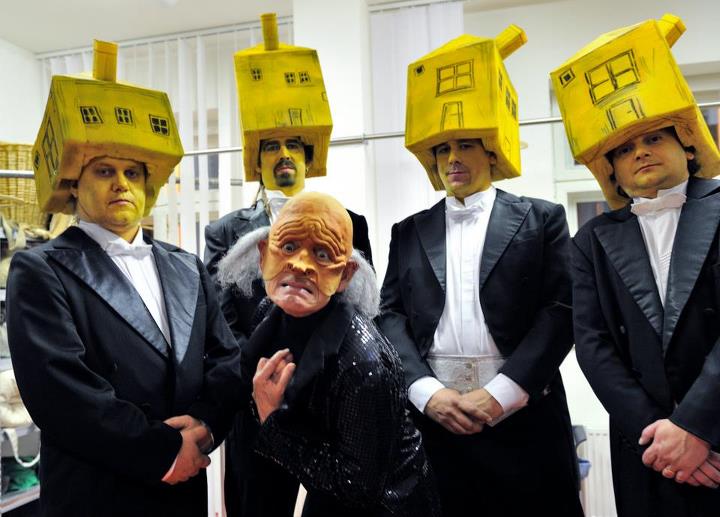 Formed by Tatsuya Yoshida (drums) and Ono Ryoko (alto Sax) to perform Ruins’s songs in 2006, the duo has only done a few live shows until now.
As Sax Ruins, they have restructured the orchestration of Ruins with the involvement of the saxophone & flute with the result sounding like a big band playing progressive Jazz Core.

ONO RYOKO is actively working as an improvisational musician in Nagoya, Japan. She also plays in jazz, rock, funk, rhythm & blues and hip hop bands, as well as working as a studio musician. In 2007, she formed her own band, “Ryorchestra”. Ono has created her own musical language, “Language R,” to compose and write lyrics. Some tracks have dramatic movements like progressive rock, and some have clear classical influences.

TATSUYA YOSHIDA is one of the most innovative drummer/composer/improviser in the Japanese avant-garde music scene. Yoshida is the founder and drummer of Ruins. He crafts a new, complex and concentrated style, incorporating the expressiveness of prog rock, the freedom of jazz and the energy of punk with Sax Ruins. This group’s unique basic instrumentation of drums and bass was no less than a palace revolt against the established role of the rhythm section. As if setting the basement servant headquarters aflame and then tromping upstairs to take control of the house, the two musicians let their amazingly intricate rhythmic patterns become the music — not that “rhythmic patterns” is much of a description of what most of it sounds like, kind of like calling the Thames River “water.” He also plays in numerous groups; he needs to, to sustain sufficient space for his overflowing creativity. Yoshida has worked with many musicians such as John Zorn, Derek Bailey, Bill Laswell, Keiji Haino, Otomo Yoshihide etc. and has been released more than 100 CDs.

A real octopus, Tatsuya Yoshida began the drums at the beginning of the 1980s.

25 years later, he has become a truly polyrhythmic monster with syncopated respiration. An initiate in progressive music from high-school days, Tatsuya Yoshida listened to Genesis, Emerson Lake and Palmer, Camel and This Heat. Although he cites his main influence as Christian Vander and Magma’s Kobaïan operatic choruses and interlaced phrasing, Tatsuya Yoshida also mines other seams to create a new, complex and concentrated style, incorporating the expressivity of prog rock, the freedom of jazz and the energy of punk.

The foundations of Japanese independent and alternative music were born in the Eighties. Tatsuya Yoshida was already playing in the group YBO2 beside Masashi Kitamura and K.K. Null (Zeni Geva) when, in 1985, he formed a duo, Ruins, with just bass and drums. Four bass players came and went: Hideki Kawamoto, Kazuyoshi Kimoto, Ryuichi Masuda and Hisashi Sasaki. With the departure of his last bassist, Tatsuya Yoshida set out on a quest for a new pretender, but abandoned his mission, unable to find a candidate up to the job. The music Ruins were creating had become so complex that electronic machines were now Tatsuya Yoshida’s ideal partner.

Ruins then became Ruins Alone. Like syrup or strong alcohol, Ruins make music that makes you grimace. Ruins is a lab of the Tatsuya Yoshida stamp, a direct interface between his brain and his drumsticks. You could get 15 rock records out of one Ruins album, just by adding a bit of fizzy water. Each composition could be developed in many different directions. Tatsuya Yoshida plays in numerous groups; he needs to, to sustain sufficient space for his overflowing creativity.

Today, above and beyond the Ruins Alone project, Tatsuya Yoshida is the composer and drummer both in Korekyojinn, an instrumental trio that pushes polyrhythmic complexity to its ultimate limits, and the Koenji Hyakkei ensemble, a quasi-orchestral formation that bridges the gap between prog rock and contemporary music. In his time out from music, Yoshida compulsively photographs stones. He travels the world in search of the mineral beauty of monumental statues and the millennial energy of rocks.

Above all, UJD will spread their great sound & attitude with their last crazy line-up :::