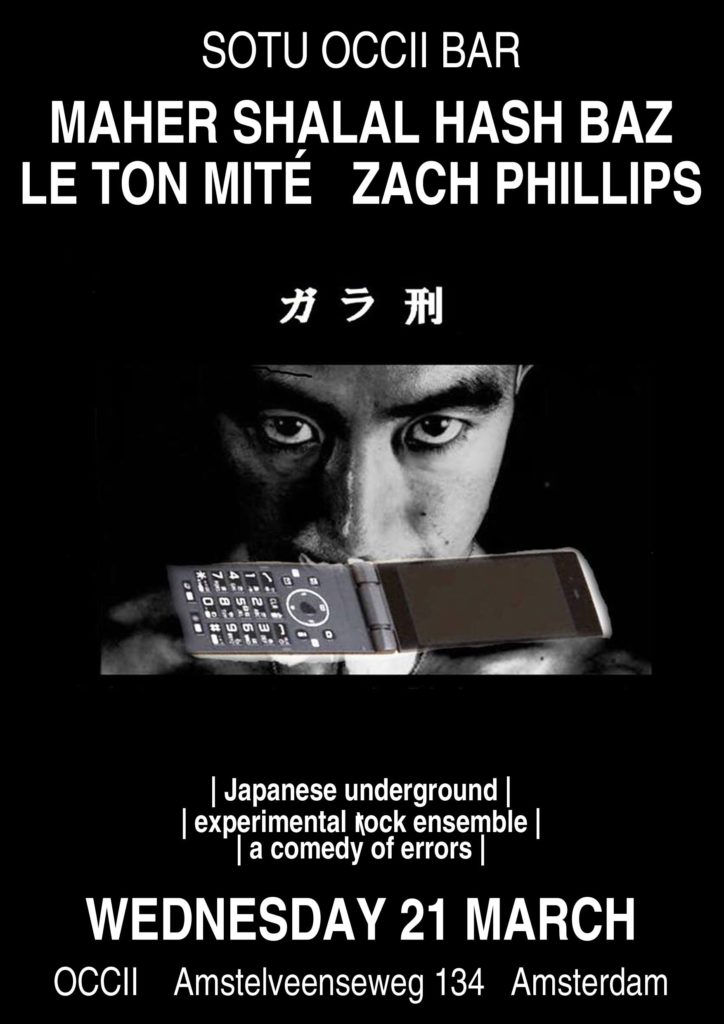 MAHER SHALAL HASH BAZ
Maher Shalal Hash Baz is longrunning and legendary Japanese free folk collective. So-called ‘primitive’ music that fuses stray elements of pop, folk, jazz and experimental music into pieces of candid musical gestures. Their loose micro songs, on the verge of falling apart, are actually complex and pure compositions in which bassoon, guitar, drums, trumpet, trombone, clarinet, glass percussion, organ, rocks and sticks are expanded by a sophisticated counter-repetition technique into an extensive tonal range of colors; the effect is at turns serene, dissonant, enchanting, crisp, spacious and maddeningly catchy. The backbone are scores based on flowers, interweaving wind arrangements suggesting the passage of bullet trains, reflections on the imperfections in what may have been created as a perfect world…

Much in the same vein as the Northern Renaissance painters, the personal messages of Maher Shalal Hash Baz become universal. Their previous passages in Europe are engraved in our memory, so the notion of a ‘cult group’ could be only righteous applied to Maher Shalal Hash Baz. 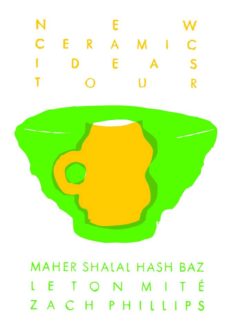 LE TON MITÉ
A sound making project since 1998.
A group, at times a band, at times a solo project, appreciated by some, scorned by others. A project that reacts to a series of rules in some cases & in other cases, works in total liberty. An ensemble that plays amazing concerts, but also can mess things up even after many practices. Whatever it has been, it is about connection. Like a circuit. Communicating between musicians, communicating with the public. Sharing short stories about life. A soundtrack.

—
A COMEDY OF ERRORS
—
20 freaking years.
Completely unexpected… What started out as a side excursion, after years of playing punk, guitars bass, (ok some jazz clarinet) I started a project with SK-1 Casios and microcassette recorders and it became through time & mutation, in spite of my best intentions, my life’s work. 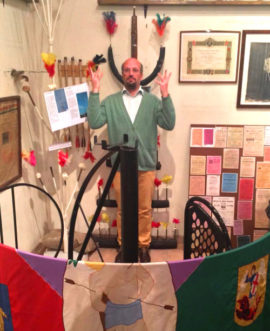 (The photo has nothing to do with that, it’s about vertical archery, that’s another passion, another story for another time. )

I can’t say everything was always great, but it is here. And there’s proof.
So, I’m doing a little lecture about 20 years, a ton of bad decisions: there is some talking, some photos, some videos & real music, maybe.

Tori Kudo explains his latest album with an animation