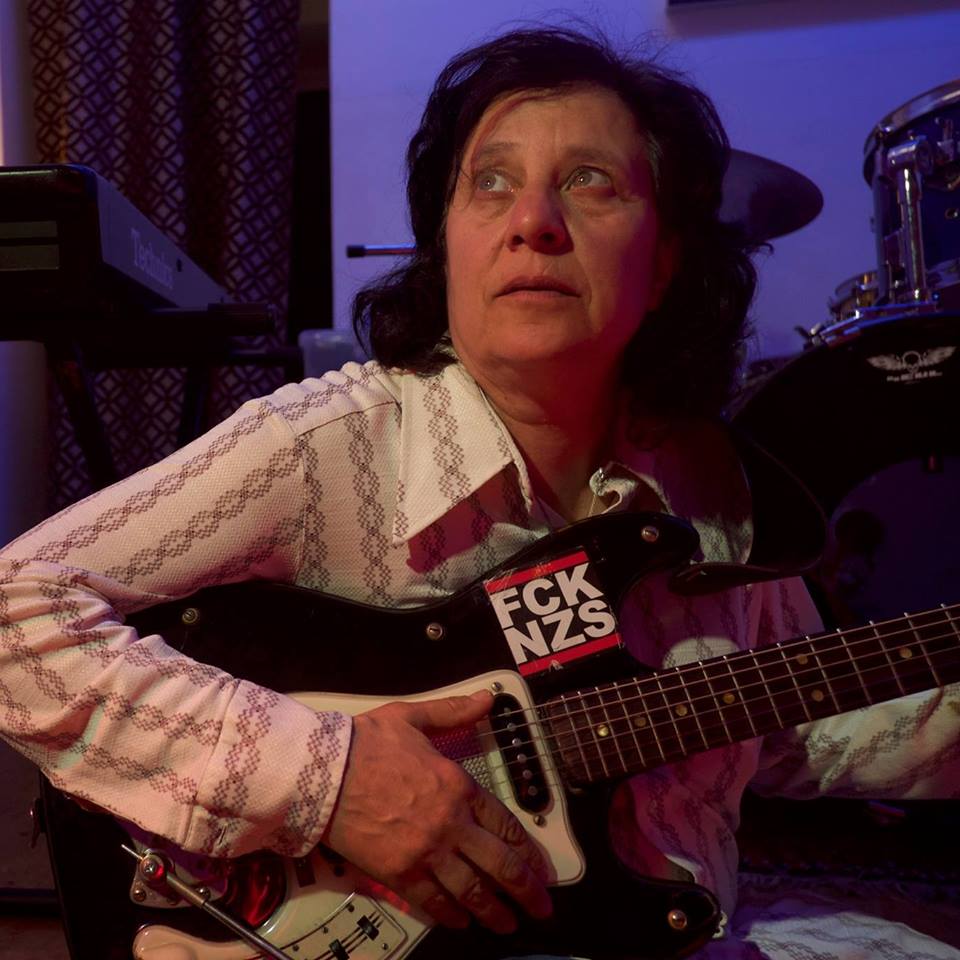 Thalia Zedek is an unparalleled voice in rock music. Her music straddles the line between intimate and visceral. Zedek has received wide acclaim for her intense vocal performances and guitar playing in past projects Come, Uzi, Live Skull, and most recently her new trio E with Gavin McCarthy (Karate) and Jason Sidney Sanford (Neptune). Since the dissolution of Come, Zedek has focused her solo efforts on more vulnerable, stripped back arrangements. Her new album Fighting Season combines the grit of her past with the fragility of her solo releases, spinning tales of discord and struggle from the personal to the political and featuring performances by old friends Chris Brokaw (Come) and J. Mascis (Dinosaur Jr.). Through her exceptional songwriting and performances, Thalia Zedek’s fervent passion can be felt more than ever on Fighting Season, from blustering swirls of dissonance to hushed whispers.

“Fighting Season” was a term originally coined for the period of time in Afghanistan when winter comes to an end and fighting in the region would resume. Zedek’s reinterpretation of the phrase instead turns the focus on resistance, on a time to fight for oneself or to protest the deteriorating political landscape. The songs across Fighting Season tell heartfelt stories of individuals battling for their own sense of peace. Title track “Fighting Season” exemplifies the album’s rebellious spirit with a steady, marching call to action against senseless conflict. “Bend Again” and “War Not Won” simultaneously explore battles with personal demons and addiction as well as the throes of political upheaval and failure. Zedek’s lyricism throughout beautifully captures a duality of individual and collective struggles, drawn from personal experiences, as well as those widely discussed in the media such as the turmoil in Syria and the plight of refugees. As a longtime advocate for those seen as “outsiders,” Zedek’s voice on these subjects holds a rare sense of poignance that few possess.

Thalia Zedek’s band on Fighting Season sees all of the players from her 2015 album Eve returning, including longtime collaborator and violist Dave Curry, as well as pianist Mel Lederman, bassist Winston Braman, and drummer Jonathan Ulman. Masterful arrangements unfold throughout the record which Zedek crafted as reflections of each story. Curry’s searching viola and guest Jonah Sacks’ longing cello lines underpin the melancholy of “We Will Roll.” Two of the album’s standout guest performances heighten the push and pull of album opener “Bend Again,” with subtle sliding guitar melodies by Zedek’s former Come bandmate Chris Brokaw, and the songs dramatic final act guitar solo by J. Mascis. The song had been written with Mascis’s solo in mind, but Brokaw’s contribution was the result of serendipitous circumstance, he and Zedek booking recording sessions in the same recording studio at the same time, just after his move back to Boston.

Fighting Season was recorded throughout late 2017 and early 2018 at Kimchee Records Studio by Andy Hong, another of Zedek’s frequent collaborators. The album was written leading up to and following the 2016 U.S. elections For both the recording and writing, Zedek took a more isolated approach than past albums, writing the material on her own and only presenting the songs to the full ensemble shortly before recording. This isolation leant itself towards crafting some of Zedek’s most direct, and emotive songs to date. Thalia Zedek has been lauded for decades for her ability to create such immediate, urgent music and Fighting Season finds Zedek at her sharpest, delivering potent yet raw songs that inspire hope in a time wrought with fear.