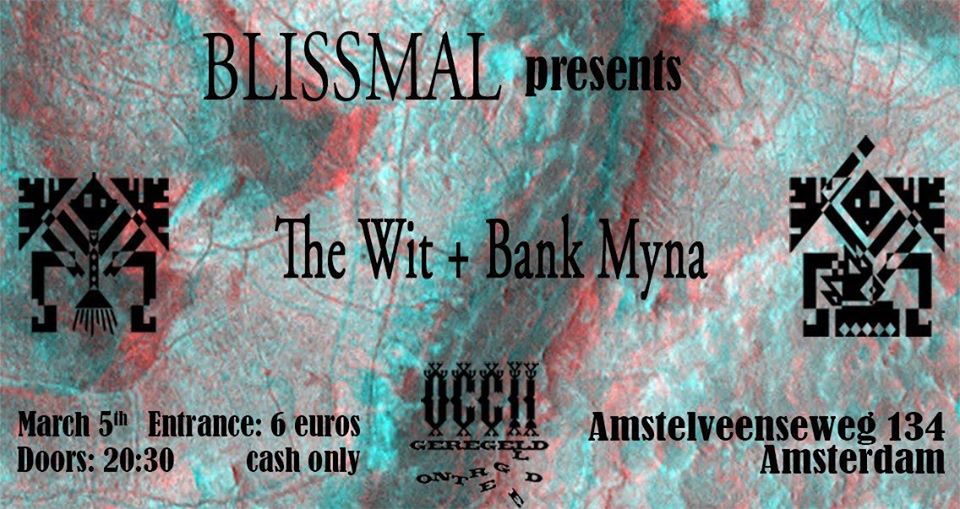 Just a couple weeks after our last, pretty heavy edition featuring Presence of Soul, we have a brand new Blissmal! This time bringing you 2 great ethereal sounding European outfits.

The Wit (NO) – noise rock/post-rock/noise pop
“The Wit released their self-titled debut album in 2009 and were making excellent progress until tragic circumstances forced them into an extended period of hibernation. During this time, front figure Eirik Haukland poured all of his frustration, love and anguish into the band’s second full-length album, ‘A whole article. A life’. After the record was completed, Haukland assembled a group of musicians and set them to work on decoding and recoding the album’s adventurous soundscapes into a live context. That band consists of Eirik Kirkemyr (Dråpe, Psyence Fiction, Avind) on drums, Torstein Kvamme Holum (Gold Celeste) on bass, Jørgen Mhyr Stokke (SWEAM) on keys and percussion and Peter Hiley (Are You Having Fun Yet, Gold Celeste) on guitar and backing vocals. The band has worked tirelessly and diligently to produce a live set that reflects the complexities of the Wit’s ambitious second album whilst also incorporating the varied musical sensibilities of the new members. In layman’s terms: it’s a great fucking show.”
The Wits newest album: https://soundcloud.com/the-wit/sets/the-wit

Bank Myna (FR) – ethereal-wave/post-rock/drone
Disturbing and authentic, Bank Myna’s ghost wave plays with our emotions as much as it tightens its embrace on the innermost self. A conscientious work of deconstruction to build from ashes a progressive, dark music, willingly counting on occult or dreamy atmospheres. With sound blasts skimmed through by a selenian voice, the Parisian band releases all its evocative power in a breathless act between oppressive post-rock and atmospheric drones.
Bandcamp: https://bankmyna.bandcamp.com/