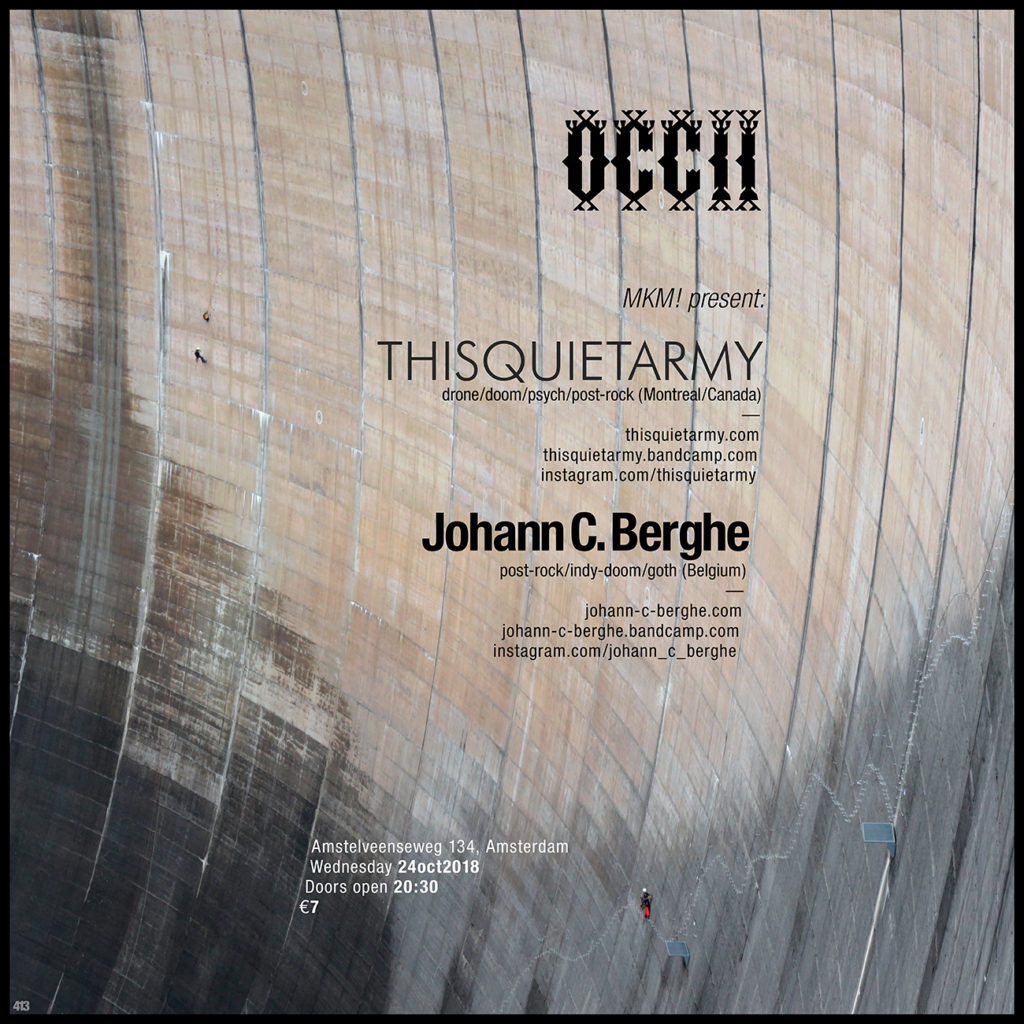 thisquietarmy (drone/doom/psych/post-rock from Montreal/Canada) will have a new album released this fall on Consouling Sounds (Ghent, Belgium) – it will be a full band album with drums and bass encompassing the elements of drone.

At age fourteen, Johann C. Berghe received his first guitar as a gift from his parents. This would be the start of a musical journey for many years to come.

In the past, Johann C. Berghe has experimented with a vast array of musical genres, always seeking for new challenges, a certain sound, a different experience.
In the course of 2013 he was one of the founding members of post-rock/ambient band Jag Hatar. While performing on guitar and vocals, he toured and gigged on multiple occasions.

In the run of that same year, he also recorded an improvisational solo work on piano (released on 413) titled “¬”. This title, together with Eva Joosten’s artwork and Roger NBH’s design, resembles Johann’s love for philosophy, symbolism and minimalism. Though the record was never performed live, it has appeared regularly in theatre productions.

After a few years of creative silence, Johann is now engaging his musicality again as a singer songwriter. He tries to shine a new light on goth- and indie-music with his grungy and dark vocals, dynamic guitar playing and compositional simplicity.