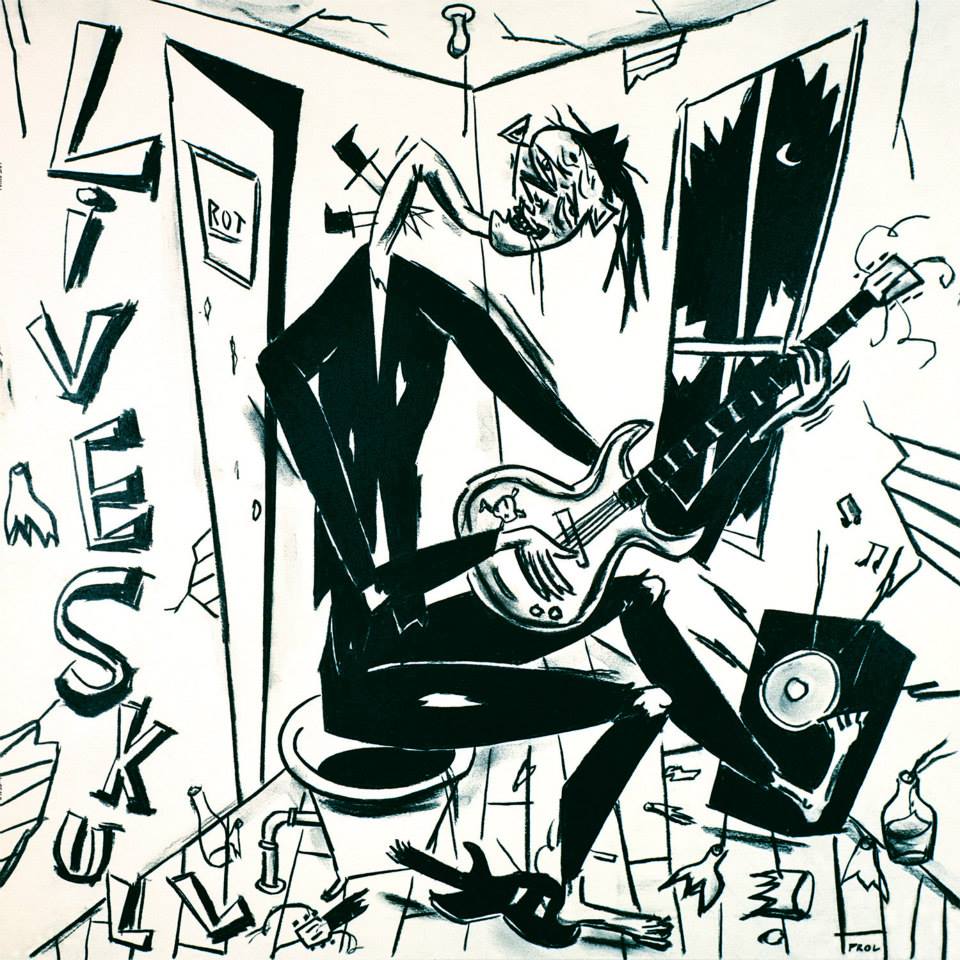 LIVE SKULL (NYC, US)
Formed in 1982, the quintessential New York noise band LIVE SKULL (Homestead Records) are back this year with a brand-new album ‘Saturday Night Massacre’, out now in Europe on Bronson Recordings. Together with Lydia Lunch, Sonic Youth, and Swans, LIVE SKULL are the founders of the NY noise-rock-scene.
They also add some drone-like early Velvet Underground sounds as well as the compelling darkness of Joy Division.

“Of the scowling noise-rockers peppering downtown Manhattan throughout the 80s, Live Skull was the
leanest and meanest around.”

LIVE SKULL will play Transmissions Festival in Italy in November, plus other shows across Europe.

The core of LIVE SKULL now consists of Mark C., Kent Heine and Rich Hutchins. On the new album Thalia Zedek and Marnie Greenholz can be heard on vocals. Live, on stage, Dave Hollinghurst is currently the fourth band-member.

The New York no-wave psychos are back! LIVE SKULL exploited the imagery of gore movies to express their disillusion with society’s turn toward darkness; now the facts are gory enough on their own. The reanimated crypt of Live Skull spawns a new brood of cheerful tunes sure to make your blood boil again! The latest in Live Skull’s continuing saga of depravity and redemption: “Saturday Night Massacre”
Together with Sonic Youth and Swans, Live Skull defined the term “noise rock” in the ’80s, spearheading the post-No Wave underground music scene in NYC with a series of legendary live performances and eight groundbreaking records released over the course of that decade.
Live Skull’s sound was influenced by British post-punk – but was located squarely in the depths of Downtown Manhattan. The band’s ’80s recordings buzz with the danger, depravity, and creative freedom that defined NYC sound aesthetic in those years.
On songs with titles like “Mr. Evil,” “The Corpse Also Rises,” and “I’ll Break You,” Live Skull chiseled out its style and its worldview. Dual guitars chimed and slashed; basslines drove; drums pounded and hypnotized; male and female vocals intertwined to conjure serial-killer imagery to match the intensity of real life in ’80s Gotham.
Live Skull put its stamp on the NYC scene, playing venues like CBGB and Danceteria, but also toured the country with the likes of Jane’s Addiction. Its 1989 album, Positraction, would be its last until the reformation in 2019 and the upcoming Saturday Night Massacre.

Mark C gives this statement about the band’s return:
“Live Skull formed during the Reagan administration, whose right wing, anti-progressive agenda ushered in what Mark E. Smith dubbed ‘the new dark ages.’  It’s only fitting that we reunite thirty years later in the midst of a new era of burgeoning anti-enlightenment forces; motivated more than ever to amplify our concerns for the preservation of social and artistic freedoms. Back in the day, Live Skull exploited the imagery of gore movies to express our disillusion with society’s turn toward darkness; now the facts are gory enough on their own. “

“We are not simply continuing where we left off; the world has changed and so have we. But our core values and interest in the enlightening possibilities of raw self-expression have remained intact. Live Skull is still committed to breaking down sonic and social barriers, to seek release and aesthetic bliss in the darkened corners of the music underworld.” 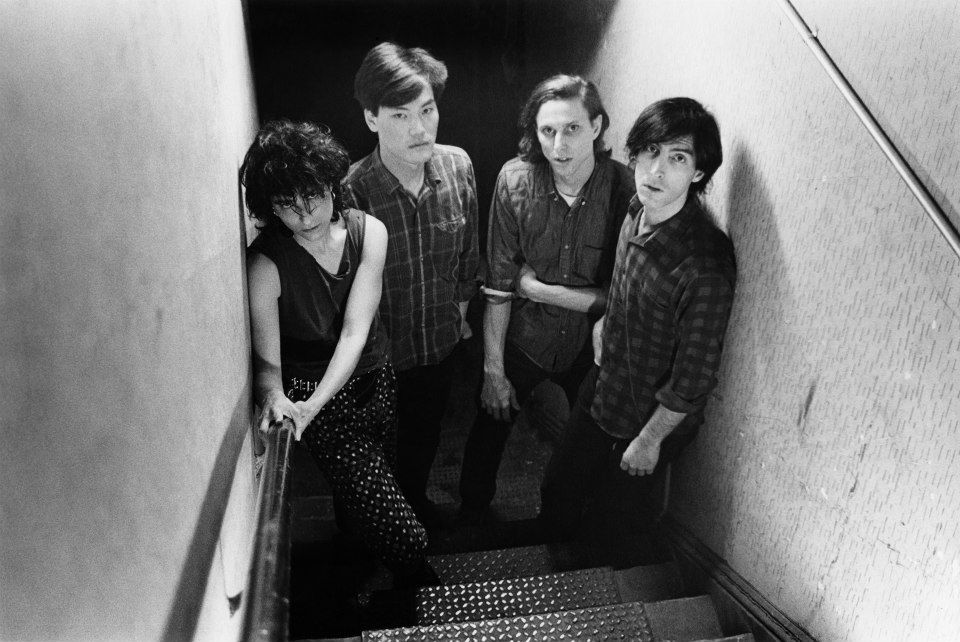 The original band in the stairway leading to Mark’s loft on Great Jones St, taken by John Chimples

New York-based musician Martin Bisi is hailed as iconic producer who defined the sound of New York noise. This year’s release ‘BC35’ celebrates the 35-year Anniversary his of BC Studio – the legendary recording studio started by Bisi, Bill Laswell, and Brian Eno – and honors the prolific producer’s work. He has realized albums there by Sonic Youth, Swans, John Zorn, Africa Bambaataa, Unsane, Cop Shoot Cop, Herbie Hancock’s Rockit, JG Thirlwell, The Dresden Dolls and others.

Now, Bisi will be performing ‘BC35’ live: the result of a two-day recording session with BC Studio-affiliated musicians hailing from New York’s experimental underground.


LIVE SKULL, MARTIN BISI, UpTightSick!
Bookings are closed for this event. 150 tickets will be sold at the door