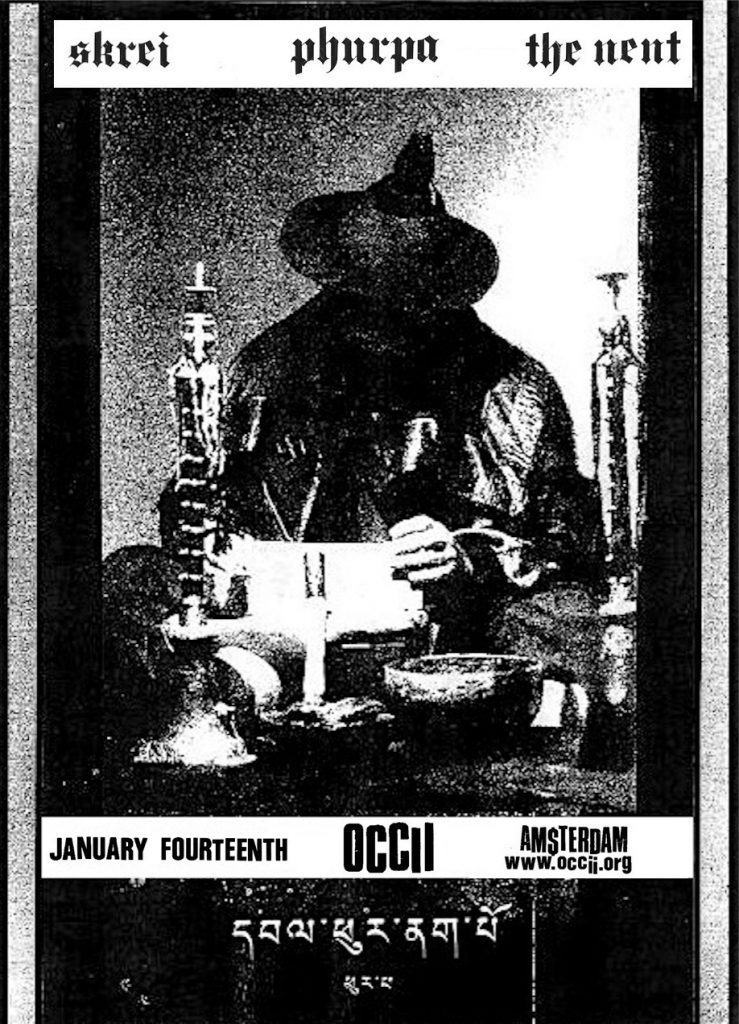 Phurpa is a Russian collective that performs ritual music related to the Bön tradition – the oldest pre-Buddhist practice of Tibetan origin – as part of its unique performances. In their rituals, they use authentic ritual instruments and a specific tantric type of overtone singing (a kind of throat singing). The founder of the group is Alexei Tegin, who learned from the masters of the Gyumay and Gyuto orders.
Tegin began exploring traditional and ritual music in the early 1990s. After he began the Bön I Dzogchen practice, he decided to start Phurpa in 2003. All members of the collective regularly participate in the rituals and rituals of the Bön tradition, both in theory and in practice. Their performances are always full of symbolism and shamanic, meditative and mystical.

The Nent is an audio-visual project from Italy founded by the artist and music producer Vince Gagliardi. The new series of live sets consisting of the material “N_ #” are various compositions based on field recordings and drum samples, in which space evokes a palette of sad memories. His debut album was released in 2018. For two years the musician has been recording cultural events at the Metzger Therapie in Berlin with his camera.

Skrei is a solo project by Giuseppe Capriglione. His live sets are composed of looped sounds, guitar and synthesizer. Working on his music, he created an alchemical mixture of noise and drone sounds. In 2014, he founded the Metzger Therapie label.

Metzger Therapie is a Berlin based experimental label interested in Drone/Noise/Ambient music and in promoting unaligned forms of sounds and art.