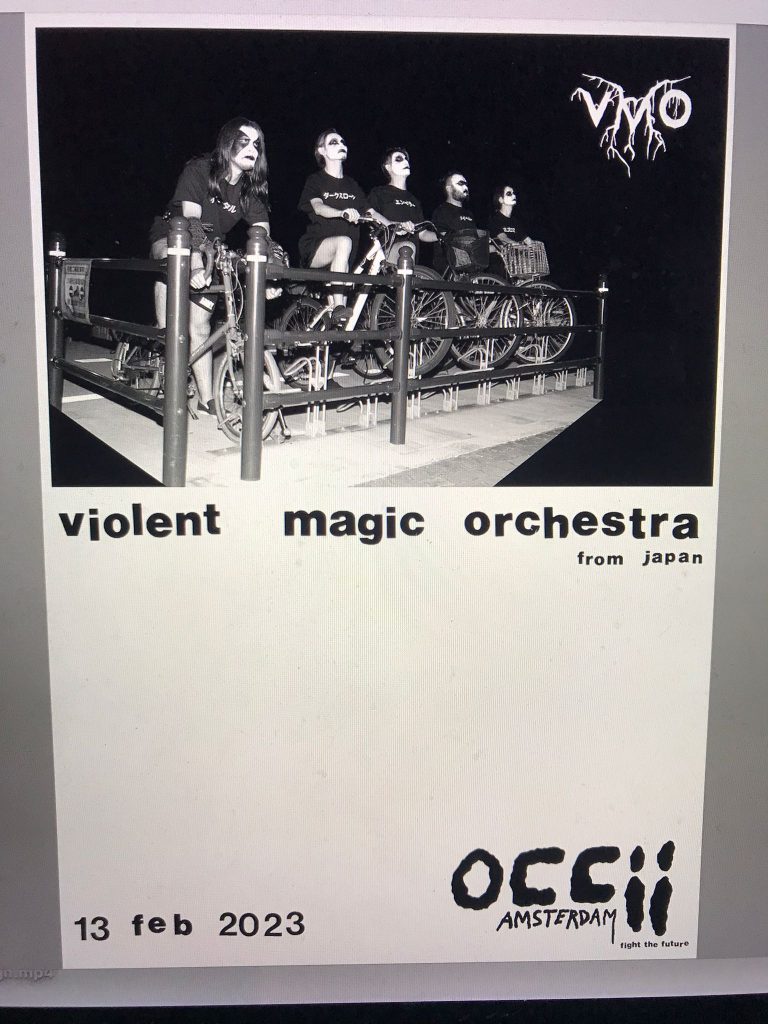 VMO is members of Vampillia, fronted by female vocalist “ZASTAR” and Kezzardrix doing live visuals, plus three strobe lights and a smoke machine. They are an art music project where techno, black metal, industrial and noise come together.

VMO‘s show is the extreme side of art music. Visuals and intense mosh music invoke violent dancing on the floor and diving off the stage.
It’s like black metal meets Kraftwerk and Aphex Twin is invaded by Bxurxum. The total power consumption of a VMO show is 5000 Watts! That is equivalent to 60 amplifiers! Large venues and Festival sets consume even more power!
Chip King (THE BODY), and Attila Csihar (SUNN O))), MAYHEM) lend guest vocals to their first album “Catastrophic Anonymous”. – CD released on Virgin Babylon Records (led by World’s End Girlfriend). Vinyl by Throatruiner Records, (a subsidiary of CONVERGE‘s DEATHWISH).

VMO released 7inch “Principle of Light Speed Invariance” from NEVER SLEEP (led by Gabber Eleganza) in 2020.
VMO have ravaged audiences at festivals such as Roadburn Festival, BANGFACE, Brutal Assault, Incubate festival, and Le Guess Who? ,and left innocent bystanders devastated at countless venues throughout Europe and Asia.
VMO appeared on both days at the two-day installation party of Asian Dope Boys Tianzhuo Chen’s “Sheepman”, which was announced at the Kyoto International Performing Arts Festival in 2021.
And VMO is currently making on a second album to be released on NEVER SLEEP.

KENTARO HAYASHI (jp)
Kentaro Hayashi is an Osaka-based sound engineer who has mastered for Merzbow and Vanity Records.
His debut album “Peculiar” was released in 2021 as a double LP on Opal tapes. The LP includes remixes by Jim O’Rourke and Merzbow.
His work is characterized by experimental noise that stirs like a new life form. It is also a sonic work that seems to be a new interpretation of the possibilities of electric and experimental music, such as abstract techno and mutant Drum’n’Bass/Jungle, constructed as a soundscape of another parallel world.
The sound, which seems to transform time and space with perspective, seems to crystallize the beauty of this world and the moment of suffering. The thoroughly polished sound is filled with such intensity that it seems to expand the listener’s sense of hearing at once.